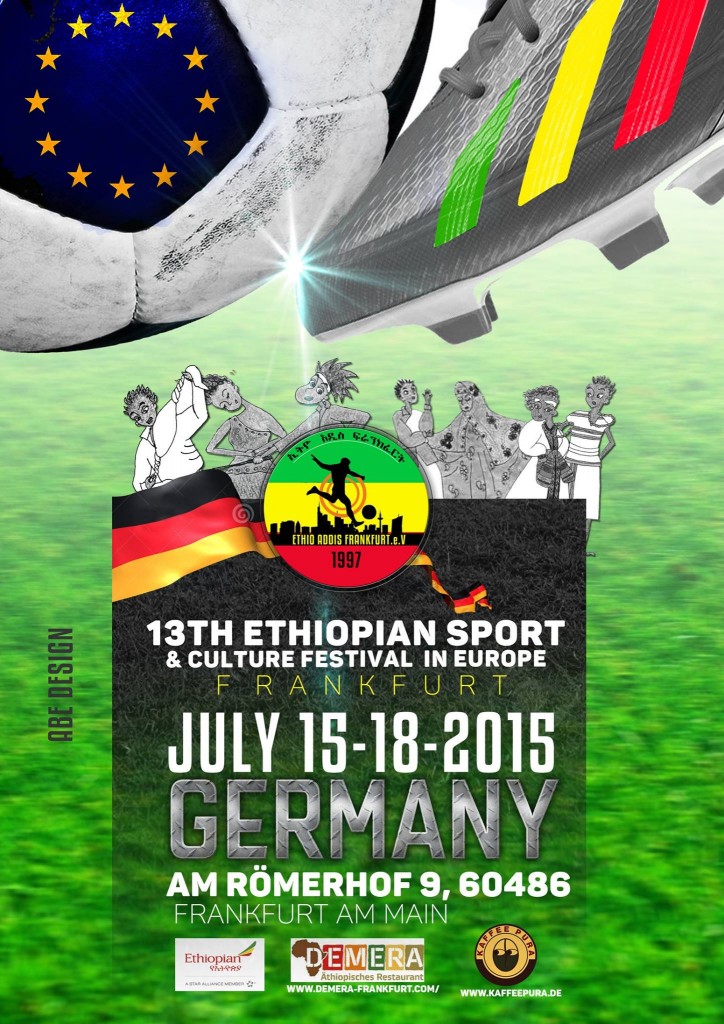 The Ethio-Europe Sports & Culture Festival is an athletic and cultural initiative of the Ethiopian Sports and Culture Federation in Europe.

Each year the festival follows the motto “bringing Ethiopians in Europe together” and takes place in various major cities in Europe. Usually 5,000-10,000 people attend this event.

This festival will take from the 15th-18th of July. The event first took place in Frankfurt in 2004 and now, 11 years later, it’s back again!

Ethiopian athletic clubs register themselves in various European cities at the ESCFE in order to compete at the festival. After all the necessary proceedings have taken place, the event’s location is chosen and the respective association is responsible for organizing the event.